Home Why Wine Why Wine? An interview with Meredith Bell & Luke Matthews of Statera Cellars

Why Wine? An interview with Meredith Bell & Luke Matthews of Statera Cellars 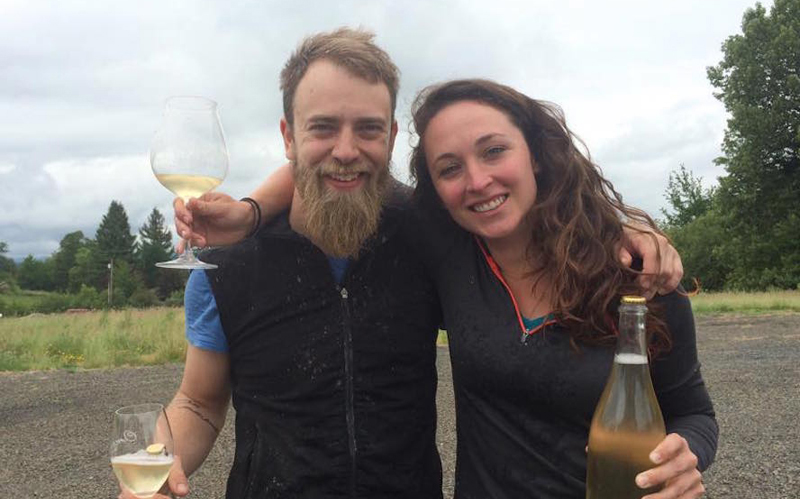 This is part of a series introducing you to interesting people in the wine industry. For many, the journey into wine is not only intriguing but often quite an adventure. These talented individuals are what make the wine industry what it is today so follow this series to meet this group of passionate people who have dedicated their lives to wine.

Why Wine? An interview with Meredith Bell & Luke Matthews of Statera Cellars

Was there a specific wine, moment or place that unlocked your passion?

Luke’s interest in wine started when he reached for a bottle of wine at a college party instead of a keg cup. Seeing a grape on the label that he was unfamiliar with, he went home that night and did a bit of research about the origins of it. From then on, he was hooked.

Meredith’s passion was unlocked while she was serving as a Peace Corps in Mauritania, a country in West Africa where alcohol is illegal. Up unto that point, she had always thought of wine as just a hobby, but it was there that she started to realize the value it had in her life, and started to consider it as a possible career.

Their combined vintages abroad at some iconic natural wineries led them to a shared interest in starting a label that honored those winemaking practices and when they met, it all came together!

What did you study in school and what were you doing before you started in the wine industry?

Meredith attended UCLA and studied biochemistry, as she had developed in interest and knack for chemistry at a young age. After school, she served as a Peace Corps in Mauritania, where she learned to properly speak French, which later proved to be very valuable as it allowed her to work a vintage in Burgundy a few years later! She also attended UC Davis, where she received her Masters in Viticulture and Enology.

Luke studied Theatre at Loyola Marymount University in Los Angeles and turned that degree into an opportunity to work on live television productions. After 4 years of working on shows like the Primetime Emmy Awards and the Super Bowl Halftime Show, he decided to pursue passion and left T.V. for wine.

How has being in the wine industry changed you?

When you work a career for passion, it has to change you. Luke used to actually lose sleep thinking about what he had to do the next day at work when he was in the T.V. industry and that’s not healthy. Once he moved into the wine world, all of that stopped and he knew that he was in the right place.

As for Meredith, the wine industry has strengthened her confidence in community. The process of starting a small label, has really heightened her connection to those wonderful people who surround her.

What’s your favorite part of being in the wine industry?

There is a feeling of being back stage whenever you are hanging out with other winemakers or people that work at wineries. Looking behind the curtain is one of the best ways to really get to know wines, which is why we want to be so transparent with ours! Also, being surrounded by people of passion is exhilarating. Wine is absolutely a labor of love, and to be surrounded by people who share that love, is something truly special.

Looking back, was there something in your past that led you to wine?

For Luke it was definitely sitting in Mass during High School and wondering how the communal wine was made!

Meredith is the Assistant Winemaker for Omero Cellars

Meredith and Luke have a kickstarter campaign that ends August 29, 2015. Please help support them by clicking here: https://www.kickstarter.com/projects/1331030228/statera-cellars-chardonnay-not-chemicals

This article was also published on Examiner.com and Winerabble.